DADDY LONG LEGS: Life, Longing & Love at the Turn of the 20th Century

Daddy Long Legs is a sweetly unconventional musical and love story, with music and lyrics by Paul Gordon (Jane Eyre) and book by John Caird (Jane Eyre, Les Misérables). As a musical Daddy Long Legs is unusual in that it has only two characters and the songs are not catchy show tunes but rather poignant ballads, solos that carry the narrative, and harmonious duets that allow the two characters to interact. Further, for most of the two-act play the story is moved forward through the epistolary device of alternately having Jerusha read from letters she writes to her benefactor, “Mr. Smith,” and “Mr. Smith” reading the letters in the privacy of his posh centerstage study.

Rachel Marrs (who recently appeared in The Mystery of Edwin Drood and Bright Star at the Mill) plays Jerusha Abbott, the oldest orphan in the John Grier Home. Jerusha is skilled at writing essays and catches the attention of one of the asylum’s trustees, Jervis Pendleton. Under the pseudonym of Mr. John Smith, Jervis, makes Jerusha an offer she can’t refuse; he offers to send her to college for four years, room, board, and a monthly allowance, on the condition that she write him a monthly letter providing details of her progress. Jervis is played by Matt Polson (Sweeney Todd/TheatreLAB, River Ditty/VARep). He is given the nickname Daddy Long Legs, the name of the 1912 novel on which this 2009 musical is based, because his elongated shadow, that Jerusha sees outside the window of the orphanage, reminds her of a spider.

Marrs’ voice is sweet and nuanced. Over the course of the four years of the play we not only hear her development in words both spoken and sung, but we see it visually in Maura Lynch Cravey’s lovely period appropriate costumes that range from a simple work pinafore to neat skirts with high necked white blouses to sleek business suits with ruffled blouses. Jerusha’s hairstyles also reflect the passage of time. Marrs is vulnerable yet fiery, making some ahead-of-the-times statements in support of women’s rights and offering an unconventional, fresh perspective on everything from life to love to literature.

Polson’s character is a tougher nut to crack. He’s the lead character and the play bears his name. But he is jealous and manipulative and deceitful. While he means well, after all, it isn’t everyday someone sends a stranger to college, all expenses paid, no strings attached. But Jervis is led to examine his own character and motives mid-way through the second act in the song “Charity,” where he questions the effects of charity on the giver and the recipient. Symbolically, Cravey has Polson strapped into an unforgiving three-piece suit – the vest of which looks more like a straight jacket than any suit I’ve ever seen. Jervis is harder to like than Jerusha, adding depth to the character and tension to the play.

The music and lyrics are sometimes gentle, sometimes warm and fuzzy, and sometimes soaring. The three-piece orchestra, under the musical direction of Paul Deiss, is partially hidden behind a scrim stage right (the audience’s left), so their presence is palpable but not intrusive. Artistic director Tom Width has invited guest director Steve Perigard to delicately guide this duo through their passionate yet halting journey. Guest designer Mercedes Schaum has designed a delightfully satisfying period set, with Jervis’s study commanding centerstage. There’s a sturdy desk, well-stocked bookcases, a solid classic typewriter, a classic candlestick telephone, and a beautifully ornate desk chair with what appears to be a woven wicker back. Other areas, from the orphanage to Jerusha’s dorm room, a rural mountain and the farm where Jerusha spends summers with her college roommates, are defined by a few large trunks, a small table and chairs, and one multi-purpose piece of storage furniture that holds props and Jerusha’s ballgown and provides a place to sit or stand as the action requires. Joe Doran’s mostly subtle lighting enhances the early 20th century ambience with soft illumination and welcoming shadows.

There were a few minutes, mostly in the first act, that seemed to drag a bit, but Marrs and Polson made these moments tolerable. (I think the slow moments were due to the script, rather than Marrs, Polson, or director Perigard.) Polson also manages to avoid the very real possibility of coming across as a predator – after all, he’s a wealthy man with a lot of money and Jerusha lives during an era when women did not have the right to vote and some considered a college education wasted on a woman. Yet these two manage to all in love because of her intellect and wit, rather than in spite of it. This along makes Daddy Long Legs remarkable. With its multi-dimensional characters, pleasant music, beautiful vocals, and visual appeal, Daddy Long Legs is quite a delightful evening. Even my most frequent theater companion, Albert, who rarely has much to say about the many shows we see together, enthusiastically declared Daddy Long Legs one of the best and most enjoyable shows he’s ever seen at The Mill.

BTW: I was curious, and you might be, too. The name Jerusha is a Hebrew name that means “her husband’s possession.” 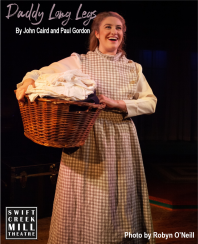 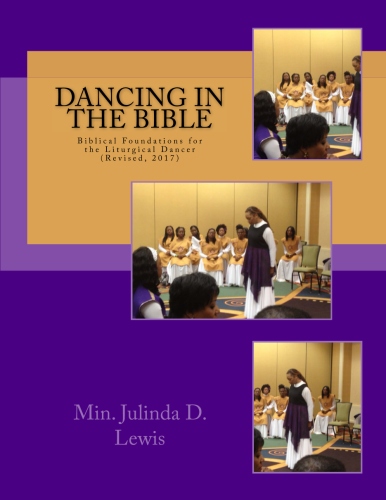