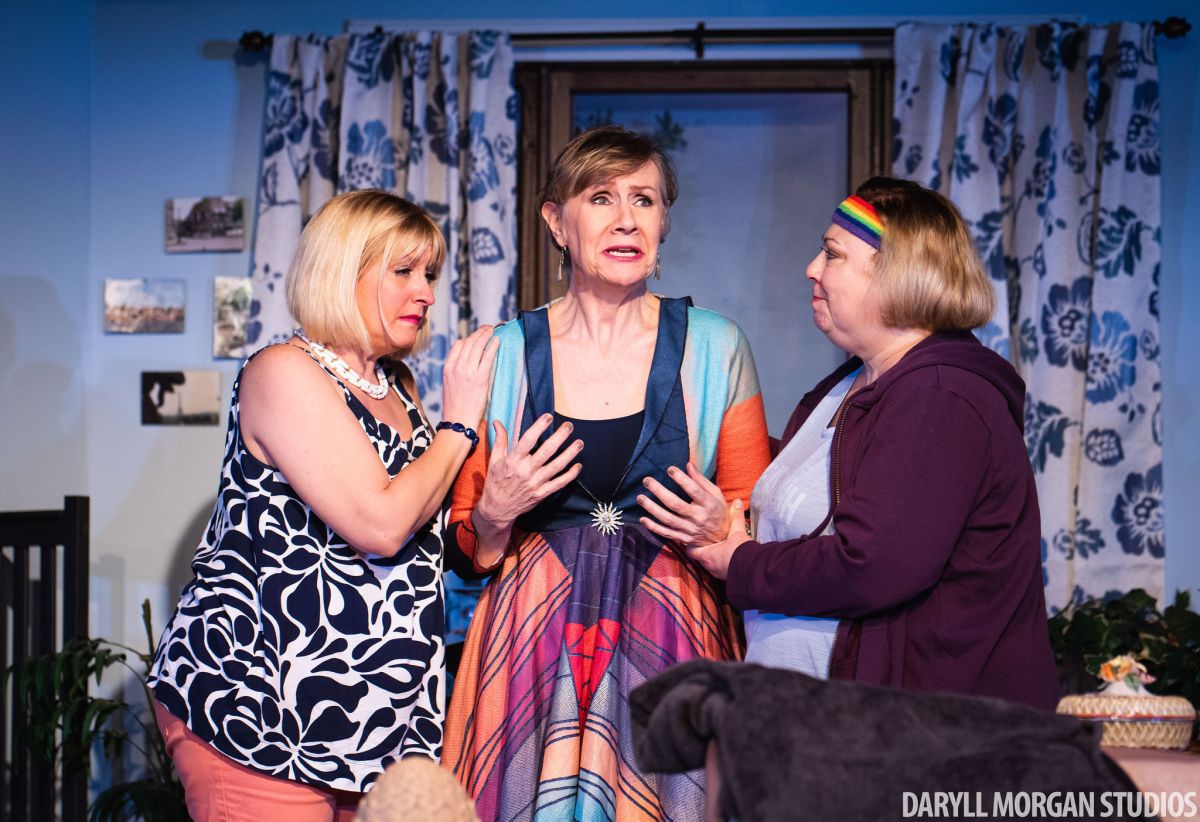 Another comedy by the team who brought us The Dixie Swim Club, The Savannah Sipping Society, Always a Bridesmaid, Doublewide, Texas, and more, The Wild Women of Winedale premiered in Jonesborough, Tennessee in October 2018. Like other plays by the trio, Jessie Jones, Nicholas Hope, and Jamie Wooten, The Wild Women of Winedale is set in the present and takes as its subject the life defining events of a group of mature women. It takes place over two months in the late spring (so no, it isn’t a holiday play) in the apparently fictitious town of Winedale, VA, not far from Richmond. One sister, Fanny Wild Cantrelle, played by Rebekah Spence, works for The Museum of Virginia (and that is not a typo).

Fanny’s sister, Willa Wild (Pamela Bradley) is a nurse, and the two are caring for their elderly beloved aunt who is on her deathbed when the already burdened household is descended upon by their sister-in-law Johnnie Faye Wild (Annie Zannetti) who is affectionately known as “Jef.”  In the all-female cast, Audrey Sparrow and Kathy Northrop Parker play all the supporting roles – primarily a series of women who are being interviewed by Fanny for a video project on life-defining moments in the lives of women. One interview, which I call the mother monologue, was particularly heartfelt. Widowhood, divorce, the loss of jobs, job stress, and the death of their beloved aunt anchor these women. Secrets and old rivalries are revealed and provide fuel for hijinks and hilarity as these mid-50 to 60 year old women struggle to find new meaning in life.

Directed by Amy Berlin, the laughs come non-stop and the timing is excellent – in the first act. I was beginning to think this was one of my favorite Jones, Hope, Wooten shows, but then, suddenly, the second act seemed to lose the momentum and flair that won me over in Act 1. Still, Joe Bly’s homey cluttered living room set was nicely done – and kudos to the production team members who had to clean up after Fanny’s feverish de-cluttering epiphany. Greg Sparrow’s sound design was also a key element, with rainstorms and dripping water from a roof with multiple leaks, and there was also a very appropriate soundtrack that fit perfectly with characters’ utterances.

The Wild Women of Winedale is entertaining, sweet, and funny; the laughs come easily and frequently. It seemed to lag a bit in Act 2, but fans of the Jones, Hope, Wooten catalog of comedy should find it satisfying. 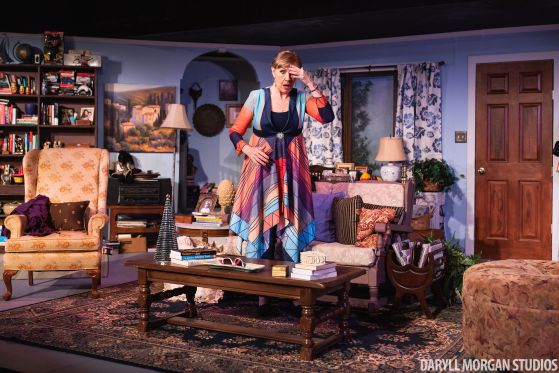 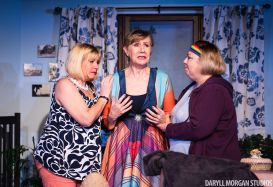 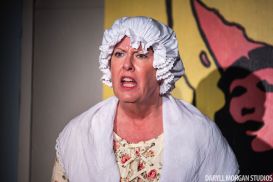 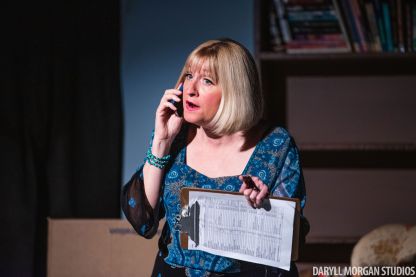 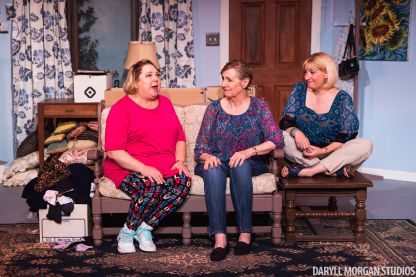 One thought on “THE WILD WOMEN OF WINEDALE: A New Jones, Hope, Wooten Women’s Comedy”