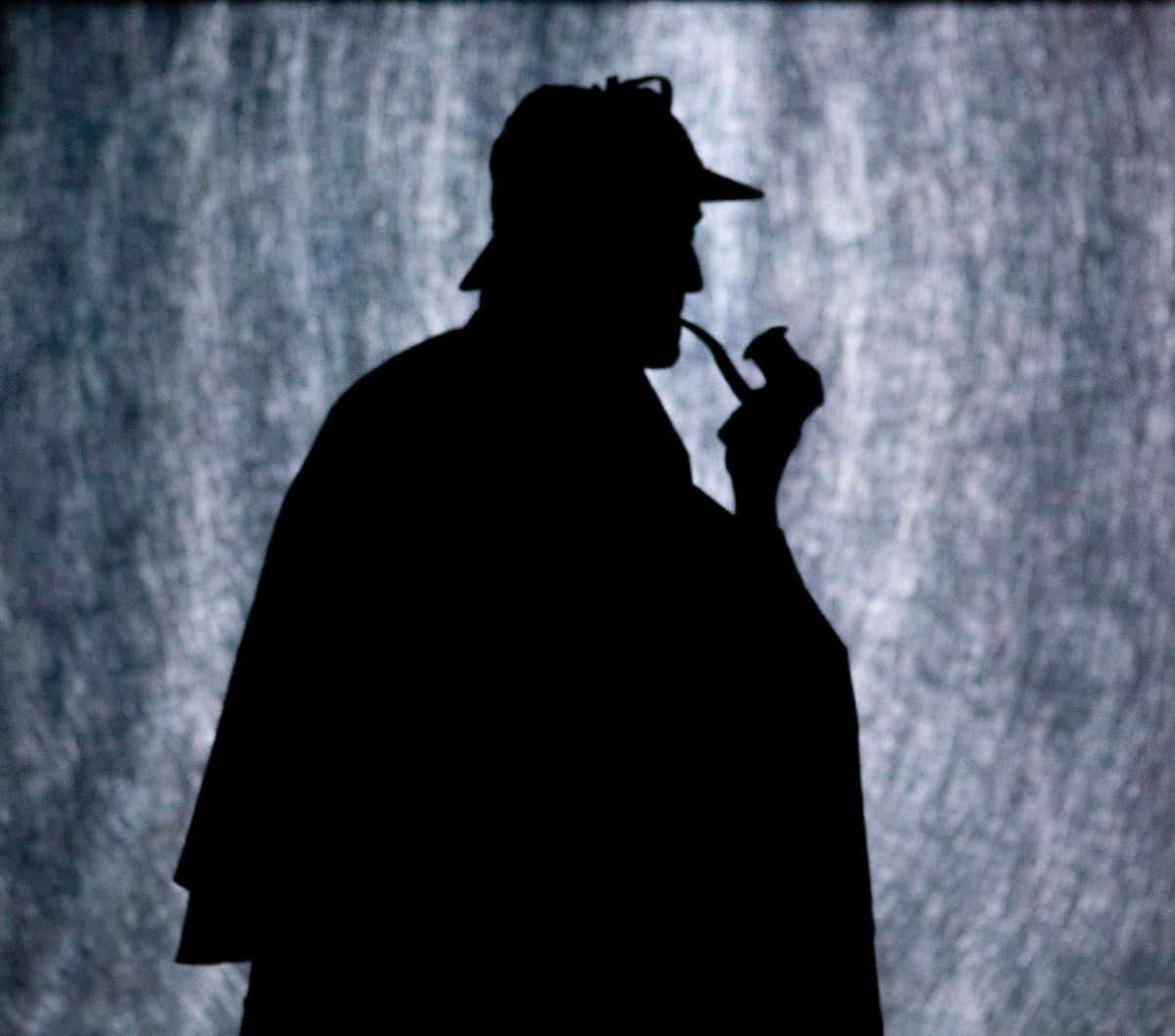 HOLMES AND WATSON: To Tell the Truth

Jeffrey Hatcher’s Holmes and Watson is not your traditional Sir Arthur Conan Doyle Sherlock Holmes mystery. Published in 2018, this fast-paced one-act mystery takes place after the death of Sherlock Holmes at Reichenbach Falls. Mysteriously, the bodies of Holmes and his arch nemesis Moriarty were never found. So. . .

On a remote island off the coast of Scotland in 1894, Dr. Watson is summoned to identify which of three mysterious men all claiming to be Sherlock Holmes is the real sleuth. And that, my friends, is about all I can tell you without giving away the plot and spoiling the fun. This is, after all, a mystery, and it is chock full of clues and red herrings, misdirection and rabbit holes. Fakes, frauds, telegrams, and mad men, oh my!

Running under 90 minutes, and performed without intermission, returning guest director John Moon keeps the pace fast with a tight-knit ensemble and there is nearly as much laughter as mystery. Joe Pabst is Watson, Richard Koch plays Dr. Evans, and there are three Holmes characters. Daniel Moore is Holmes #1, a somewhat menacing figure with a tendency to violent outbursts. Axel Burtness is Holmes #2, who wears a crazed look to match his straight jacket. And Jonathan Hardison is Holmes #3, who is deaf and mute. The cast is rounded out by Irene Kuykendall as the Matron and Travis Williams as the Orderly. But no one and nothing is what it appears to be.

There were some scenes where I questioned the behavior of an actor, but the final scene revealed all and explained what might otherwise appear to be lapses or omissions. Ahh, hindsight.

Holmes and Watson is quite an enjoyable evening and keeps the audience engaged. There is enough mystery to please a true Sherlock Holmes or mystery fan, but you don’t have to know a lot about Sherlock Holmes to appreciate the puzzle. I actually enjoyed having the wool pulled over my eyes because it was done so cleverly.

5 thoughts on “HOLMES AND WATSON: It’s Not What You Think”