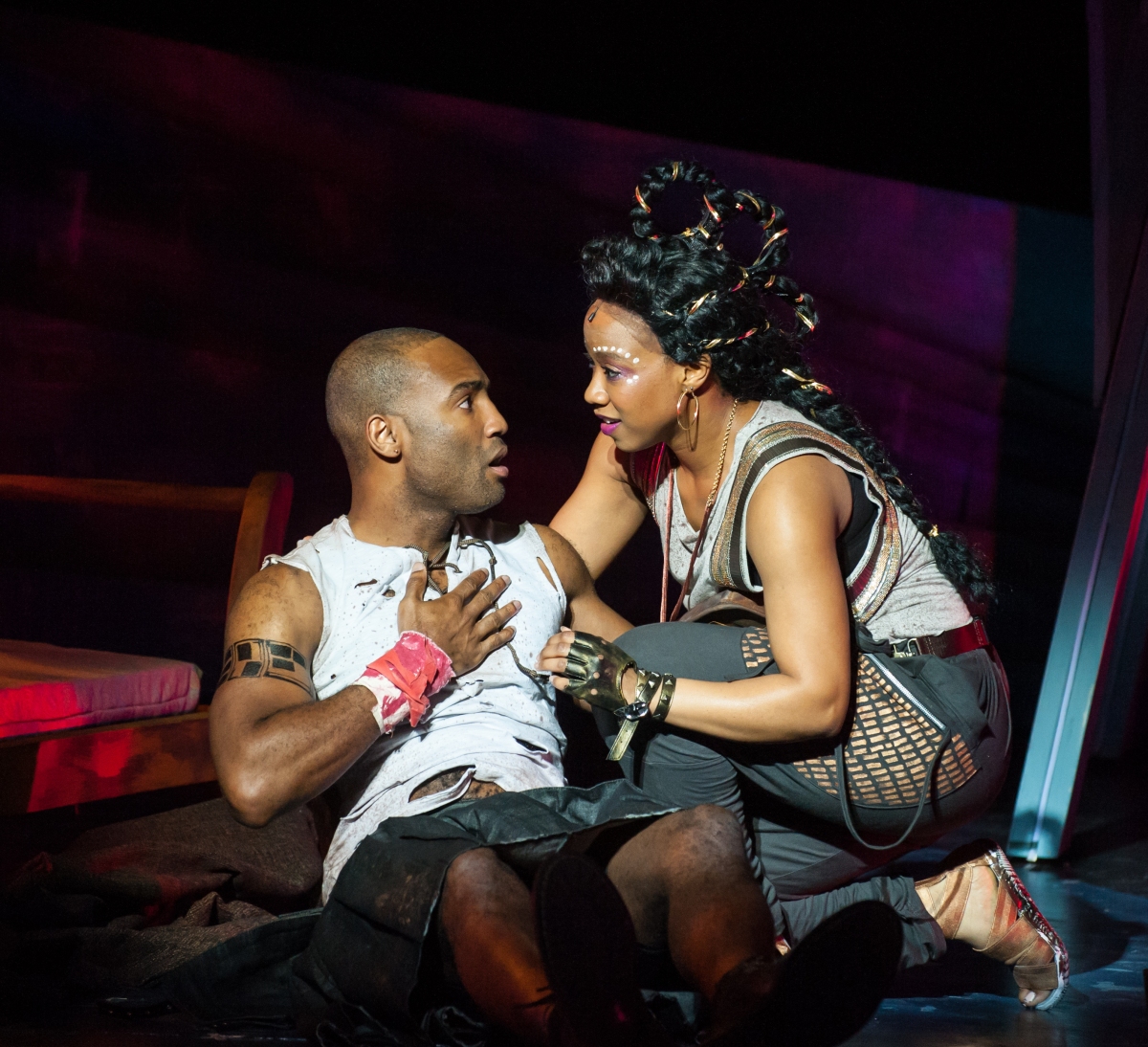 Keep in mind that Atlantis is the fictionalized representation of an ideal society – a utopia – and you will have an idea of the strengths and weaknesses of the new musical, Atlantis: a new musical. Atlantis is being developed by Virginia Rep in partnership with Glass Half Full Productions and Greg Schaffert (Peter and the Starcatcher) as well as PowerArts and support from the Muriel McAuley Fund for New Plays and Contemporary Theatre.

This production boasts a boatload of designers and artists. Matthew Lee Robinson wrote the music and lyrics, while the book was a joint effort of Ken Cerniglia, Robinson, and Scott Anderson Morris. The story, which involves the uncovering of secrets that make this idyllic island possible and a young girl who questions the status quo, reminded me of the Disney children’s film, Moana, that I unwittingly watched while spending quality time with my Miami grandchildren one visit. The music was well written, but the lyrics were not memorable – and not always easy to understand.

Jason Sherwood’s seaside fantasy set with its billows of fabric that suggested fish scales and waves, the neon arches, and the moveable structure that could be a mountain, a boat, or whatever it needed to be, was attractive and purposeful, creating a feeling that was both ancient and futuristic at the same time. BJ Wilkinson’s lighting and Derek Dumais’ sound design enhanced this effect and the overall feeling of another world, sometimes shadowy and sometimes brilliantly colored. Anthony Smith was the musical director and Kikau Alvaro did the choreography – both of which worked with Tony award nominee Kristin Hanggi’s direction to keep things moving along at a good pace. Amy Clark’s costumes seemed to be in search of an era, with some garments – as well as hairstyles – appearing to be inspired by ancient times and other by futurism. Think Star Trek meets Ancient Greece.

I enjoyed the cast, although many of the characters seemed underdeveloped. There were a lot of people in the cast, but it seems only a few had names we needed to learn or remember. Antoinette Comer was both skillful and interesting in the lead role of Maya, the ruler’s daughter who was determined to rock the proverbial boat, but the role of her counterpart, Kaden, played by Julian R. Decker seemed to have been given less thought – although he did get the most soaring solo of the show,  with  “Let’s Start a War.” Marcus Jordan was interesting but a little stiff as the ship wrecked stranger, Arah, who washed ashore and confirmed Maya’s long-held suspicions and The Order’s worst fears – that there was, indeed, something beyond “the seam” where the sky meets the ocean. A favorite character was Lucy Caudle as the ever-present and deeply observant little sister, Alexa.

Jerold E. Solomon, Katrinah Carol Lewis, Susan Sanford, and Debra Wagoner as some of the adult leaders and parents all had distinct and interesting roles that were not yet fully developed – sort of like the adults in Peanuts who are often depicted as instruments whose sounds are not fully articulated. Of course, this could have been done on purpose, to emphasize the secrecy that shadowed this utopian community.  It will be interesting to see how, as this work is developed and refined, these characters are developed without substantially lengthening the show, which currently runs around two and half hours, with one intermission.

So, like a true utopia, which exists only in the mind, Atlantis is not perfect, but it is an enjoyable musical that is quite unlike all the other offerings of this current season. And it’s definitely worth seeing. For some, it’s pure entertainment, and for others, it represents an opportunity to study a production from its inception and watch how it changes over time.

One thought on “ATLANTIS: The Truth Will Rise. . .”