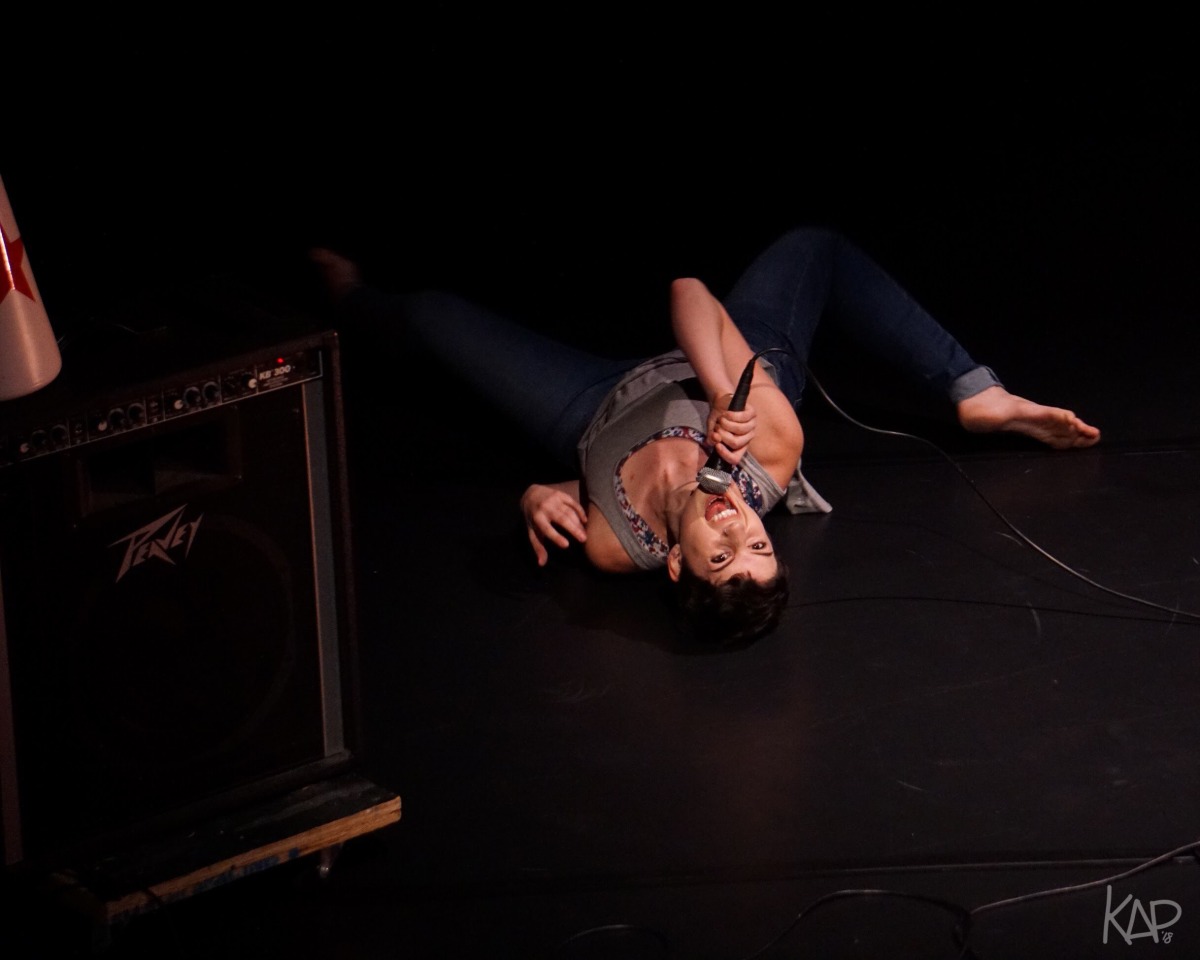 The 5t Anniversary of the Richmond Dance Festival opened Friday, April 27 with a jam-packed program of diverse works. There was truly something for everyone (well, nearly everyone, if you’re that picky).

With ten works on the program – and three of those short films – it’s easy to get a sense of dance overload; shortly after leaving the theater, you can’t remember which dance was which! Phone numbers are seven digits because science has shown that the average human can accurately retain about seven chunks of information – and sometimes seven dances is pushing it! But, as usual, I digress.

Artistic and Executive Director Jess Burgess believes this years selection of eighteen choreographers and nine dance filmmakers is “an excellent representation of Dogtown’s vision to support all dance and movement artists spanning a vast variety of dance forms and backgrounds.” The first week’s program included local dancer and choreographers as well as artists who hail from as far away as Canada and even South Africa.

Four works particularly stood out for me. First, and possibly the most unusual of all, was Shane O’Hara’s True Confessions: My Boyfriend Mic. This is a fantastic ollaboration of stand up comedy, dance, music, spoken word, and experimental theatre – and it works! Dancer Sarah McCullough initially startles the audience by walking head first into a standing mic. As if to make sure we knew that was intentional, she did it again! McCullough proceeds to tell a somewhat fractured narrative from which we glean that her boyfriend is names “Mic” and he’s tall and skinny.  She dances with and without her “boyfriend,” sometimes using spoken word, sometimes dancing to music. She employs Broadway style jazz, acrobatics, and explosive movements of no predetermined genre.  At one point she dons a football helmet and later places black tape over her eyes and grabs a cheerleader-style megaphone or bullhorn.

True Confessions is bold and shocking and hilarious – a perfect way to end the first act. Choreographer Shane O’Hara, a Professor of Dance at James Madison University, is no stranger to the Richmond dance community and Dogtown Dance Theatre. Developed in collaboration with his daring soloist, O’Hara fashioned a dance theater work about “a lone female warrior. . .fighting passionately. . .to protect her heart.” Yep. That. And then some!

The second part of the program opened with Stewart Owen Dance’s duet, After Party, choreographed by founding partner Vanessa Owen, and performed by Owen and partner Gavin Stewart.  The Asheville, North Carolina-based company “aims to engage communities and maintain an environmentally conscious approach to art and performance,” but After Party is a sweet and amusing dance that contrasts elegant lines and poses and purely pedestrian transitions and humorous asides. My favorite? When Owen reaches into her lovely blue ball gown, removes the socks that have been padding her bosom and pull a pair onto her slim bare feet!

After Party is apparently a remake of a solo version, but I thoroughly enjoyed the inclusion of Owen’s bow-tied partner.  We don’t know whether the part of the title was a wedding, a ballroom dance, a banquet, or what, but it was apparently successful, and has left these two feeling tired, mellow, and in the mood to reminisce a bit for calling it a night.

I was also highly intrigued by S.J. Van Breda’s short film, Grey. Performed by Kioma Pyke and Kevin Navia who, between the two of them, attempt to singlehandedly cover multiple bases on the diversity front. Grey is about diversity, equality, race, and gender. The film depicts bold, strong images, mostly in shades of gray. Pyke, who appears to be, for lack of a better term, mixed-raced woman of color, begins with her skin and hair colored white, or pale gray. She dips hers hands into a bucket of chocolate-colored liquid and allows it to coat her skin. Her partner, Navia, who appears to be Asian and/or Latino and/or Native American, similarly explores the opposing end of the color spectrum.

Finally, I thoroughly enjoyed Subjective Dance Company’s OHMY! Adventures: Meet Queen Jeia. Performed by the SDAnimals crew, the five male dancers under the direction of Choreographer and Coach Greg Whitlock performed a high-energy, high-impact work that combined classis and contemporary hip hip with contemporary and jazz and other movement genres. The adventure is initiated or controlled, apparently, by a “battle box” and the competition-style movements include the sort of group unison and canon that we have grown familiar with from the televised dance competitions. Onstage, live, however, it is so much more fun! I was not quite clear on the mission to recover the missing dancer – where was he? How did the get him back? – but group Subjective Dance Company, also known as Subjective Dance Crew, is well on their way to fulfilling its mission to bridge the gap between stage and street dancing.

The July 27-28 program also included works by choreographers Taylor Black and Brianna Rivera; Jennifer Klotz of Stavna Ballet; films by Elian Djemil (The Flow), and Simone Wierød (Solus); a duet by Carolyn Hoehner and Emily Karasinski of DC-based Klynveldt&Peat; and a duet by Ilana Puglia of the Dogwood Dance Project. This program may be see once more, on Saturday, April 28, at 8PM.