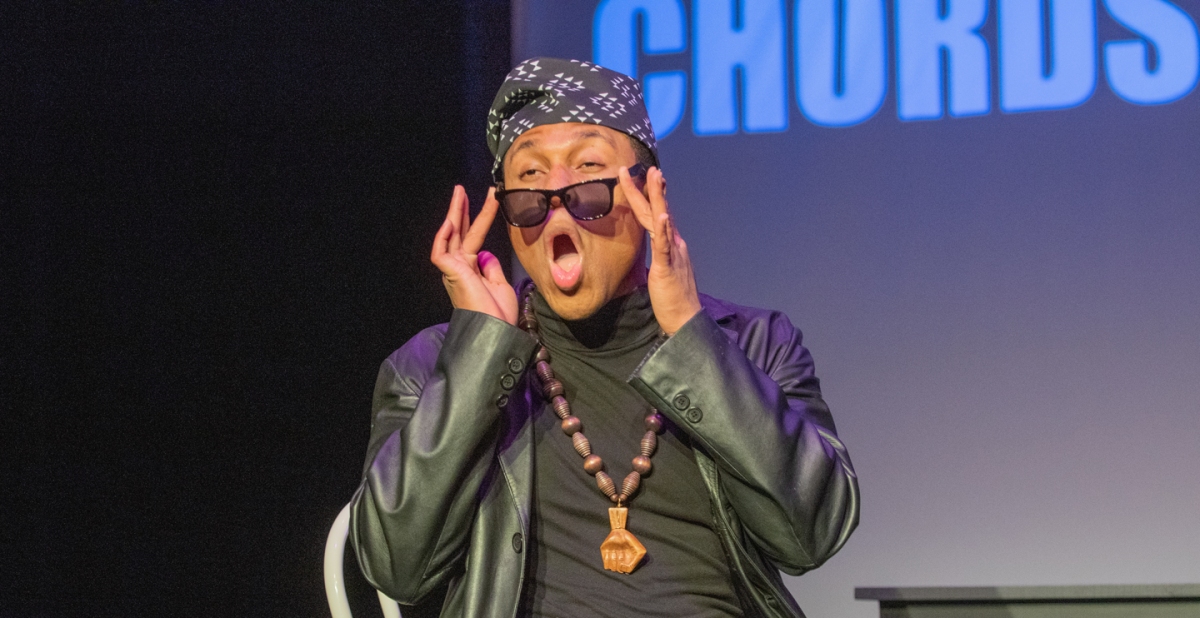 “American character lives not in one place or the other, but in the gaps between the places.” – Anna Deavere Smith

A COVID-conscious Pandemic-appropriate Theater Review – and some rambling thoughts – by Julinda D. Lewis

August 19, 1991. Crown Heights, Brooklyn, New York. It had been a clear day, with temperatures in the 80s. The air resonated with the rhythms of Gil Scott Heron (BTW, he was wrong, the revolution WAS televised) and James Brown, occasionally punctuated by traditional Jewish melodies. LL Cool J’s mama advised him to knock somebody out and Public Enemy was fighting the powers that be. The aromas of Kosher kitchens and Caribbean cooking may have wafted in the air, reflecting the diverse heritage of the neighborhood. At about 8:30 PM, seven-year-old Gavin Cato and his cousin Angela, same age, same last name, were taking turns on Gavin’s bike, under the watchful eye of Gavin’s Guyanese-born father, when a car, part of a three-car motorcade escorting Rabbi Menachem M. Schneerson home from a visit to his late wife’s grave, struck the children, killing Gavin and injuring Angela. Within hours a visiting Hassidic scholar from Australia was attacked and killed by a group of young black men, and just like that, the community was embroiled in a series of race riots that rocked the city for three days. David Dinkins, the city’s first – and only – black mayor, had taken office in 1990. The Reverend Al Sharpton was prominent in calling for justice. There were allegations of racism and favoritism. There were allegations that outside agitators were coming into the already tense community to fan the flames of discord. The evening news reports and the daily news commentary would resonate with familiarity to the pandemic-stricken populace some thirty years later.

In the aftermath of the incident that came to be known as the Crown Heights Riots, playwright, actor, and professor Anna Deavere Smith interviewed more than 100 people. Some, like an anonymous Lubavitcher woman, a rabbi, activist Rev. Al Sharpton, Crown Heights resident Henry Rice, and Carmel Cato, father of Gavin, were directly involved in or impacted by the events. Others, like playwright and poet Ntozake Shange, activist and scholar Dr. Angela Davis, MIT physicist Aaron M. Bernstein, and New York Shakespeare Festival director George C. Wolfe offered social, political, and even poetic perspectives. From these 100 or so interviews, Smith culled 29 monologues by 26 people (the Rev. Al Sharpton, Ms. Magazine founding editor Letty Cottin Pogrebrin, and Norman Rosenbaum, brother of the young Australian scholar who was murdered that fateful night each speak twice).

All the dialogue is in the words of those interviewed. The play – a totally inadequate word to describe this form of presentation – encompasses several themes. The first act includes the themes of Identity, Mirrors, Hair, Race, Rhythm, and Seven Verses (referring to seven biblical verses that seal the Old Covenant of the Chosen People). The second act focuses on the people and events of August 1991.

Smith conceived of this as a one-person play and performed all the roles herself in the workshop and original production. Onstage at Richmond’s Firehouse Theatre, Jamar Jones fills Smith’s metaphorical shoes – there aren’t many real ones, as most of the characters are portrayed in bare feet – under the more than capable direction of Katrinah Carol Lewis. Lewis, some may remember, starred in another of Smith’s one-person, verbatim plays, TheatreLAB’s 2017 production of Twilight Los Angeles, 1992, based on the Rodney King incident. For about two and a half hours, including the intermission, Jones held us spellbound to this all-too-familiar yet at the same time overlooked take on America’s troubled racial and religious history.

The space is sparsely furnished with a few black tables, a chair, a stool. Prominent in the space are two clothing racks topped with wig forms holding a variety of hairstyles and headwear. Kudos to Production Designer Todd Labelle and Costume Designer Margarette Joyner. This production even required a Wig Maintenance position, skillfully filled by Delaney Theisz. A quick change of wig, headgear, shirt, jacket, or accessories, and Jones was fully transformed into another character. Jones, who has proven his skill and agility again and again in diverse roles in many different productions including, but by no means limited to, Passing Strange (Firehouse), Fences (Virginia Rep), An Octoroon and Topdog/Underdog (both at the newly named Conciliation Lab) danced his way through numerous costume changes. A headwrap, oversized hoop earrings, and bangle bracelets for Ntozake Shange, a majestic black and white African print jacket with matching headwear to capture LA rapper Monique “Big Mo” Matthews, a kippah and prayer shawl for a Lubavitcher resident, a full beard and wide-brimmed hat for the rabbi, different wigs and styles to define a black teenager and a Hassidic mother. Each character had its own costume as well as mannerisms and sometimes props. Prof. Angela Davis’ tangled tango with a corded phone inspired a verbal metaphor as well as some welcome laughter.

More humor was provided by Rev. Al Sharpton, explaining how his signature hairstyle was inspired by his mentor, James Brown, the Godfather of Soul. This was before Rev. Al lost weight, so Jones paired the good reverend’s signature gold chain with a wide-legged stance, leaning back and walking with a waddle. Jones and Lewis nailed the familiar characters, Prof. Davis, Rev. Al, activist Sonny Carson, Ntozake Shange, with a few accessories and physical attributes. For the less familiar, a hair toss, a speech pattern, the length of a skirt, or an accent or turn of phrase centered the character in Crown Heights, Brooklyn – not far from where I was living in Fort Green-Clinton Hill at the time these incidents took place.

Jones also applied mannerisms to each character. A Lubavitcher woman folded her laundry as she spoke. A man – it might have been George C. Wolfe – had an annoying habit of loudly tapping his sugar packets and vigorously stirring his tea. Some voices were soft, hesitant, while others were angry, sharp, caustic. The most memorable voices were those of Norman Rosenbaum and Carmel Cato, the two men who lost their son and brother respectively as a result of an accident and a retaliatory reaction that forever changed their lives and left a dark skidmark on American history. Jones delectably and respectfully embodied each of these people. These were not just characters but real lives he was entrusted with, and the weight of this responsibility was not light. Like them or not, likable or not, each speaker was given a stage, unrushed and without judgment. Oh, we, the audience, may have judged or taken a position, but Smith, and by extension Jones and Lewis, presented this cast of characters as honestly as possible, leaving us to ponder at our leisure. There was and is no final resolution, no closure that satisfies any of the affected parties. Charges may have been pressed, accusations may have been made, cases may have been given due process, but none of that addresses the humanity of why. Why did this happen? Why do we react the way we do? Why is there still racism and oppression? Why can’t we all get along? How did we get here, and when will it end?

In the end, Jones sheds the final costume. The clothing rack stands empty, relieved of its colorful burden. He heaves a huge sigh, releasing the weight of the characters he has inhabited for the past two hours, then symbolically turns the mirror he used for his transformations slowly, reflecting the audience. There was soft weeping behind me. No one moved right away.

Fires in the Mirror is not light entertainment. It is the sort of theater that stays with you long after the final curtain, long after the players have gone home. See it. Live or streamed. You must see it.

“These are the things I never dream about.” – Carmel Cato

ADDENDUM: I am not one to follow conspiracy theories but I have to share this bizarre incident that occurred while I was watching Fires in the Mirror. One of the characters in the first half was Prof. Leonard Jeffries, then a professor of Black Studies at City College of New York. I do not know Prof. Jeffries (not then or now) and was not familiar with him or his work. During the intermission, I decided to check my messages and happened to look at my Facebook page, only to find Prof. Jeffries as a friend suggestion. He was wearing a dashiki and matching kufi (cap) similar to those Jones had worn only minutes before. Hmmm. . .

One thought on “FIRES IN THE MIRROR: Crown Heights, Brooklyn and Other Identities”