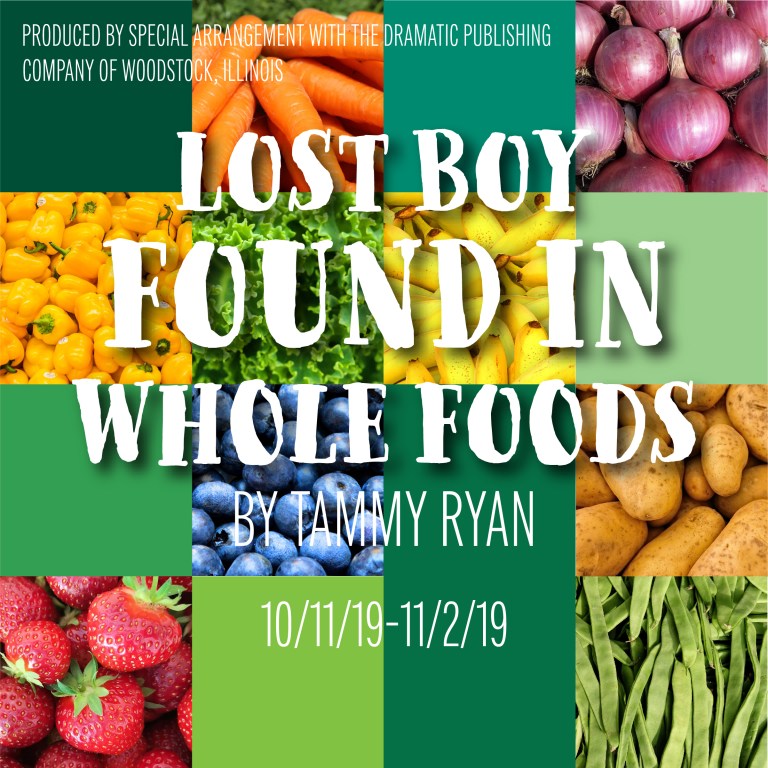 Internal conflict in Sudan spanning the period 1987-2005 resulted in an estimated 2 million deaths. Tens of thousands of children were left orphaned. Many of the boys, some as young as six years, traveled hundreds of miles east to refugee camps in the bordering nations of Ethiopia and Kenya. Many settled in the Kakuma camp in Kenya. In 2001, about 3,600 of these boys were offered refuge and resettlement in major US cities, as part of a program established by the US government and the United Nations High Commissioner for Refugees.

Tammy Ryan’s 2012 play, Lost Boy Found in Whole Foods, picks up in October 2004, where a former “Lost Boy” named Gabriel is working in the produce section of a Whole Foods store in Pittsburgh, Pennsylvania. There he encounters a customer named Christine; a middle-aged, middle class, recently divorced white woman. Christine ends up inviting Gabriel to live with her and her sixteen year old daughter, Alex. Ryan was awarded the Francesca Primus Prize by the American Theatre Critics Association in 2012 for this play which examines the impact of the intersection of these two lives.

Daniel Hurt, who majored in theater at John Tyler Community College, plays the lead role Gabriel in this ensemble cast. I’m not sure whether the script of the director, Keith Fitzgerald, calls for Gabriel’s transformation, but he starts out presenting as a upbeat, always smiling, hard-working young man, and shortly into the second act he has become a morose teenager – at least that’s the way Christine describes him to Segel Mohammed, the refugee aid worker enlisted to help locate Gabriel’s mother. Great pains are taken to point out that neither Christine nor Alex can truly understand Gabriel’s plight, but the transformation is, nevertheless, uneven, jagged, abrupt.

Lian-Marie Holmes, who brings New York and regional credits to her Richmond debut as Christine, plays the role with great earnestness and heart, but I always felt she was on the edge of a breakdown. Kristin Bauer, who plays the daughter, Alex, seemed to be the voice of reason and stability – despite being a bratty teenager with a chip on her shoulder because of her parents’ divorce and all the changes that had brought to her life. While Bauer’s character isn’t very likeable at the start, she is the one character that shows growth and development over the course of the two acts.

Tarneé Kendell Hudson brings strength and authority to her role as Segel Mohammed, but the contrast with the nervous Christine often results in unintended moments of humor. The cast also includes Joe Walton as a former Catholic Charities worker, Michael Dolan and Ashton Lee as Panther, the very large, very menacing Sudanese friend of Gabriel. We never do learn exactly how he earns his money, but his presence makes everyone uneasy.

Ryan tells a story that should be, could be touching, based on real-life events, but somehow it just doesn’t feel authentic. Panther’s monologue, that closes the first act, is unsettling, but doesn’t seem to have a point. Michael Dolan is presented as a helpful liaison with an annoyingly non-committal attitude. The characters seem raw and unfinished, their dialogue seems stilted or censored, and just doesn’t flow freely. I’m familiar with East African accents, but there were times when several of the actors – not just Hurt and Lee – could not be heard clearly, not even in the second row of the intimate space of TheatreLAB’s Basement, The play opens with Gabriel narrating and closes with a narration by Christine – an neither monologue seemed to fit with the genre.

And speaking of things that seem raw and unfinished, I was disappointed with TJ Spensieri’s set. The back wall was very flimsy, appearing to be made of butcher paper and duct tape. You could even see the red EXIT sign through the fabric panel. The furnishings of Christine and Alex’s home seemed to be too shabby and tired for a middle class home. And finally, the set was divided into four sections: a living room/kitchen (that oddly seemed to be where Christine stored her clothes, because she made several costume changes there); a park bench; an office; and a Whole Foods produce section, containing numerous boxes of bananas and papaya. There was a slight elevation for the park bench, but little or nothing was done to delineate the other areas, such as a change of color or texture.

Sadly, my first impression on seeing the set was that it looked like a high school drama class set. That said, I attended on the second night. Perhaps the ensemble will develop stronger chemistry or Fitzgerald will tweak the timing and interplay between the actors. Perhaps not. On Saturday evening, I just wasn’t moved – at least not in the right direction. 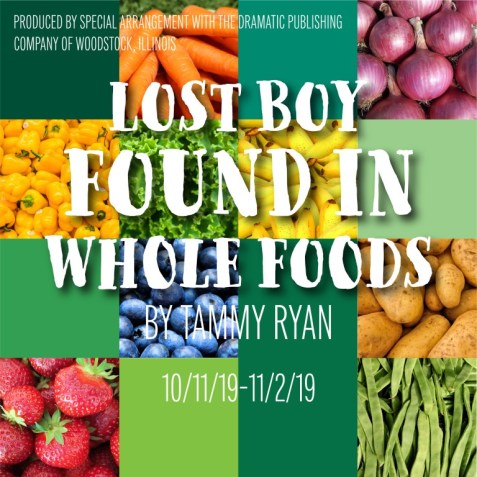 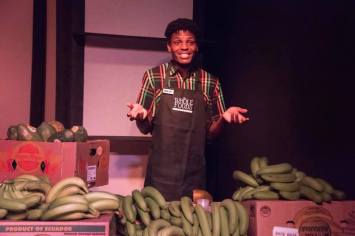 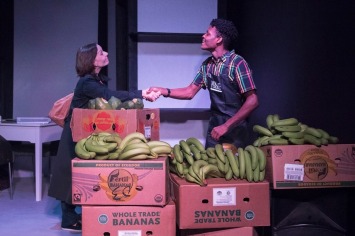 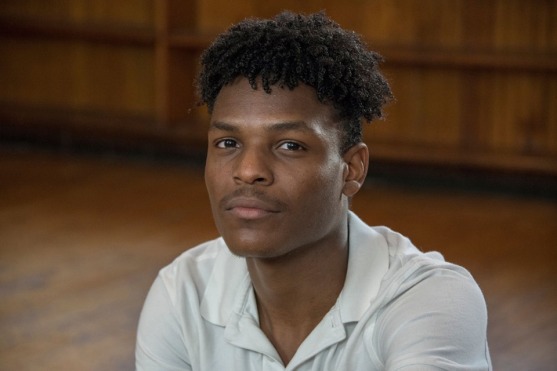 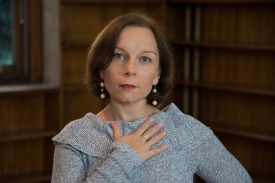 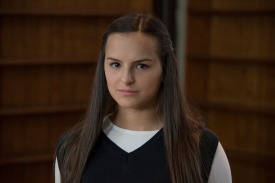 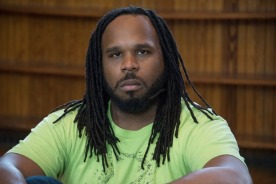 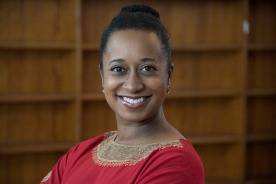 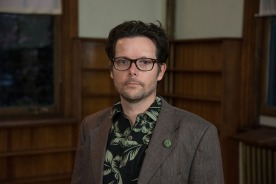