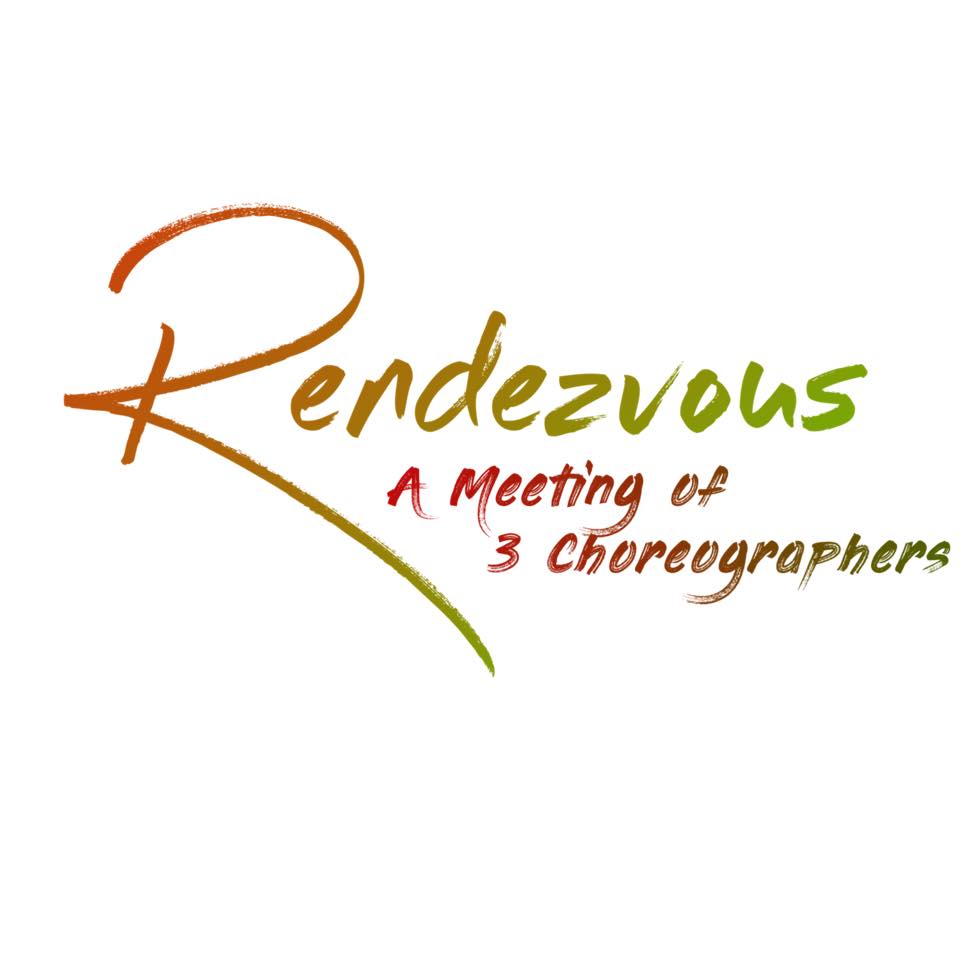 RENDEZVOUS: A Meeting of 3 Choreographers

RENDEZVOUS: A Meeting of 3 Choreographers is the first dance performance of the 2019 Fall season. It is also the first joint performance by this trio of young, contemporary performers. So, this is not going to be a traditional review, but more of an introduction and overview of some of the artists and the works that represent the future of contemporary dance in RVA and the region.

In a brief program, running exactly one hour, Callie Moore, Robert Rubama, and Jelani Taylor offered a sampling of their new and recent works.

Moore’s three selections stood out due to her use of videography.  In “Snap Soup” she has her dancers placed against a blindingly white background that delightfully challenges the viewer’s sense of space and perspective. Due to the lack of shadows six dancers, dressed in black tops and pants in shades of blue and purple, appear to float when they lay down. When one dancer passes behind another, it creates the illusion that she is rising to another level. Moore’s movements, accompanied by Julia Wolfe’s “Dark Full Ride,” a composition of light percussion (snare drums, cymbals) are playful and athletic, punctuated by unusually long pauses and empty white space. The performers: Hallie Chametzky, Courtney Darlington, Eslie Djemmal, Len Foyle, Katlyn Lawhorne, and Zoe Wampler.

“Melodramatic and Self-Indulgent” is almost the complete opposite of “Snap Soup.” In this solo, a woman (Callie Moore) in denim shorts and a white tank top performs small movements, subtly shifting her weight or wrapping her arms around her torso. She is backed into a dark corner and accompanied by a sound score of  “Brown Noise” (think super-amplified white noise and you get an idea of what it sounds like). The subtlety of the movement and occasional close-ups, focusing on the pulsing of the dancer’s breathing, her hand pinching the tight skin of her sternum, or her taped and battered toes, is a philosophically interesting exercise, but eventually becomes less and less interesting to watch.

In Moore’s third selection, “Rosy,” two women (Brittany Powers and Jada Willis) drive to the country, park their car, and dance outdoors in beds of leaves, on gravel, and on the pedestrian crosswalk of a bridge. Nature and traffic provide abundant scenery and I was enamored of the opening scene where the two women walked off into the distance and as they faded away in the background they simultaneously re-emerged in the foreground – a sort of reverse fade out leading to the main movement. Overall I truly enjoyed Moore’s experiments with videography. Her work is visually compelling and emotionally challenging.

Robert Rubama, interestingly, presented the opening and closing works. The program opened with his duet, “::flux,” which he performed with Robin Auerswald to the accompaniment of Steve Reich’s “Music for 18.” Rubama established a motif of organic movement fueled by loops and spirals that extend. His solo, “Down,” set to Bobby Vinton’s “Mr. Lonely” and “A fool persists” by Infinite Body (an instrumental piece that reminds me of the opening of an epic film) is a sensuous indulgence, long-limbed and languid. Even his sharp movements are smooth. His falls are soft, and he offered more of those lush spiraling movements that extend into infinite space as he articulates every possible muscle – back, neck, wrist.

Jelani Taylor – who, disappointingly did not dance in any of the works – presented two duets, “Solemn Wish” performed by Michelle Knight and Sydney Wiggins to the plaintive, prayerful song, “Father, Father” by Laura Mvula with Metropole Orkest and “Remembering Memory,” performed by Jenna Beardsley and Taylor Bonadies to the familiar Joni Mitchell song, “Both Sides Now.” Both duets are emotionally charged and full of yearning. “Solemn Wish” repeats variations of a slow walk with one arm raised, and the dancers execute long, slow looks that seem sadly unfulfilled. “Remembering Memory” begins with the dancers entwined, and at one point they roll, pressed together, as if clinging to life. Holding hands leads to a fall, which leads to a spin, which leads to a lunge. The movements are simple, what is compelling is the transitions, which are subtle and almost imperceptible, making the work fluid and organic.

It’s hard to produce new work. It’s hard to produce dance here in Richmond. People are familiar with the Richmond Ballet; the Latin Ballet of Virginia has a target audience and loyal following; Starr Foster has been around long enough to have developed a reputation, and Kaye Weinstein Gary has integrated dance and theater to find her niche, and both Foster and Gary annually produce festivals that bring a wide range of dance from the region and sometimes from abroad to enrich Richmond. The University of Richmond annually brings at least two internationally known dance performances to the Modlin Center, but the world of dance in Richmond does not attract the numbers that the Richmond theater community can expect – and many of them struggle to fill seats. If residents are surprised at the variety of theater companies we have, many know even less about our dance talent. That said, I have a few thoughts about Rendezvous.

The printed program was nicely executed and attractive, but I would have liked a bit of information about the participants and a few moments between dances when the house lights come up enough to allow the audience to glance at the program, so we know what’s coming up next. I overheard someone in the lobby remark that there were no posters advertising the show. I heard about it through social media, and posters can be posted there – saving both printing costs and trees. One thing the presenters were able to do that I have been advocating for is that the program is being presented over two weekends, not just one. So, while opening night had, sadly, fewer than a dozen audience members in attendance, there is still time to get out there and support our local artists. The show runs exactly one hour and it’s only $10!

Need some additional encouragement? Below is a link to Jelani Taylor’s work, “Remembering Memory” and some biographical information on each of the three choreographers. My work here is done.

Choreographer, film-maker, and dancer Callie Moore graduated from VCU with a BFA in Dance and Choreography in May 2017 and founded her company Snap Soup Dance (yes, the same as the name of one of the works she presented) in 2018, with the goal of captivating everyone with her work, not just “dancers” and “artists.” Based in Richmond, VA, Snap Soup seeks to work with artists and creators across all disciplines to further their mission of making dance and art more accessible to all.

Robert Rubama is a native of Virginia Beach, Virginia and a graduate of George Mason University with a BFA in Dance. He has performed in works by Andrea Miller, Donald Byrd, Mark Morris, Soon Ho Park, Nick Pupillo, Ivan Perez, and Yin Yue as well as with Agora Dance and RawArts Dance at various venues in the Washington D.C area. He is the founder of Terre Dance Collective, a DC-based dance company that has presented works in New York City and Washington D.C.