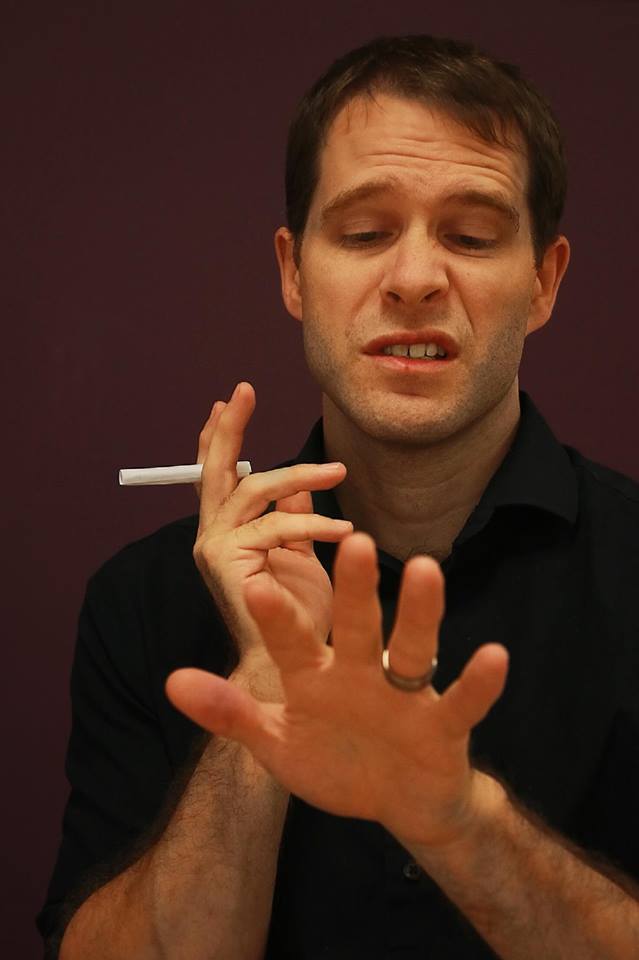 The Absolute Brightness of Leonard Pelkey: The Price of Being Different

Sweet. It’s not a word one would normally attach to the story of a 14-year-old murder victim, but in the case of The Absolute Brightness of Leonard Pelkey it fits.

This one-man show written and originally performed by James Lecesne is the simply and intimately told tale of a young boy who, when life served him lemons, made a huge bowl of punch and shared it with the entire town. Leonard, who was sent to live with his non-biological aunt (you know, the extended family kind of aunt) was unapologetically different with his green plaid capri pants and his rainbow colored platform sneakers, made by gluing layers of flip-flop soles to the bottoms of a pair of Converse sneakers.

Jeffrey Cole, under the careful and understated direction of Melissa Rayford, allows the story to unfold with sensitivity and even a bit of humor as he portrays nine different characters in a small Jersey shore town where being different will get you chased home from school with sticks – and, ultimately, tied up in fisherman’s knots, wrapped in a net, and dumped in a lake. Some of the most touching and revealing speeches are given by Leonard’s cousin Phoebe Hertle (16, going on 45); his drama teacher, the locally famous Buddy Howard; his aunt’s client, the “high-hair redhead” Marian Tochterman; and the old clockmaker, Otto, in whose shop Leonard seeks refuge from the neighborhood bullies. The story is largely narrated by Chuck DeSantis, the detective assigned to Leonard’s case. In a surprise ending, the detective’s life is touched maybe more than any other.

Perhaps because it was originally a young adult novel, The Absolute Brightness of Leonard Pelkey lacks the rawness, the intensity of The Laramie Project. Leonard is running in tandem with The Laramie Project and uses the same set – stripped bare of the locational identifiers. In fact, Leonard requires only a single folding chair, a small work table, and an evidence box. The rest of the atmosphere is created by Michael Jarett’s subdued lighting and a rather agreeably layered sound design by Lucian Restivo, who also did the set.

Some of the characters seem more caricature than genuine. Marian, for example, bears more than a little resemblance to Alice from the 1970s sitcom of the same name – yes, the Alice, who with her own “high-hair” coined the phrase, “kiss my grits.”  Cole subtly varies the nuances of each character, changing his posture, adding a gesture or a tilt of the head, but it sometimes took a moment or a few words before I was certain which character he was portraying. He did not seem to have the lightning fast reflexes of Stevie Rice or Scott Wichmann – both of whom are currently appearing in The Laramie Project, but in the end, he delivered the story with a sensitivity, gentleness, and sense of wonder that left the audience with a feeling of comfort that did not excuse the horror of what happened, but somehow tinged it with a veneer of sweetness. This sweetness was, I think, more a reflection of The Absolute Brightness of Leonard Pelkey¸ of the character of that young man, and the lasting ways in which he touched those around him, than any attempt to downplay the very real dangers of homophobia and hate crimes.

2 thoughts on “THE ABSOLUTE BRIGHTNESS OF LEONARD PELKEY: Who Dared to Be Different”