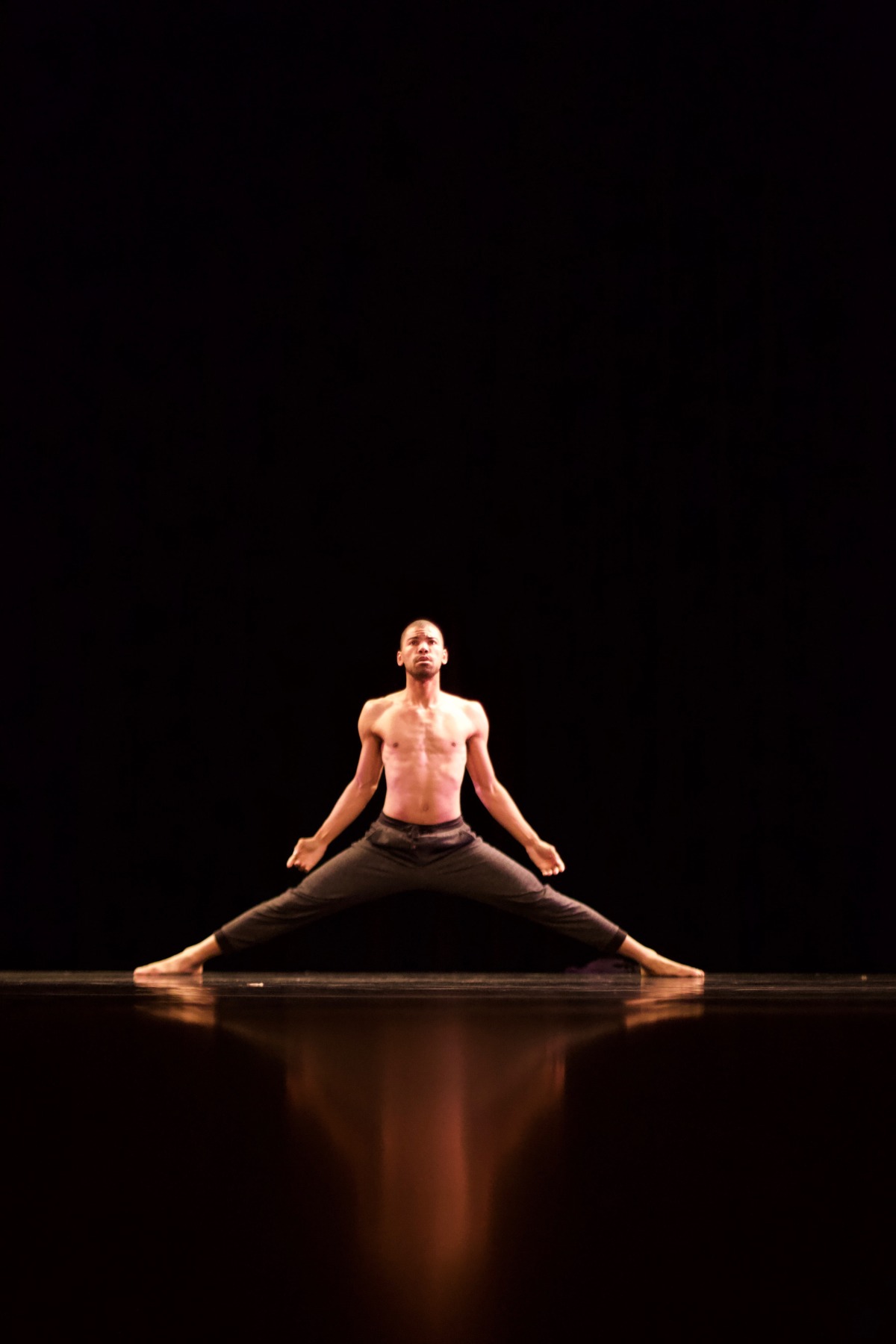 Kelly Hamlin, founder and artistic director of Krash!Dance Theater, and Jess Burgess, artistic and executive director of Dogtown Dance Theatre and founder and co-artistic director of RVA Dance Collective, Dogtown’s resident dance company, are on a mission to make Richmond as much a home for dance as it has become for theater. Hamlin hosted the Small Plates Choreography Festival at Dogtown June 29 and 30. The curated performance series accepts applications for ensemble works up to 10-minutes in length and solo works up to 8-minutes long. Festival performances occur over a 2-day period, with a Q&A session after each performance. Upcoming performances are scheduled for Brooklyn, NY, Newburgh, NY, and Lorton, VA.

The June Festival at Dogtown provided a showcase for more than a dozen choreographers – some local and some from as far away as Pittsburgh, PA and Brooklyn, NY. Saturday evening’s program was a virtual smorgasbord of dance: contemporary, hip hop, lyrical/liturgical. There was spoken word and live music – all done with a minimum of lighting and little or no props.

The handstands, headstands, and hair tossing of marge dances + Shelleysillerdance demonstrated awesome physical control, and no wonder as choreographer Margaret Allen, a graduate of the VCU dance program, is a professional circus artist with a specialty in hand balancing and dance acrobatics. Allen partnered with Shelley Siller, who has a strong background in ballet, for Las Brujas (The Witches), a sort of modern-day incantation filled with the aforementioned handstands and headstands, and delightfully awkward positions that reminded me of historic photos of Mary Wigman’s Hexantanz (Witch Dance). It was a memorable opening piece that made you want to see more work by these choreographers, but for some reason, the moments when the two touched did not fully connect for me. Allen (RVA) and Siller (DC/VA) also each presented solos for the Friday evening program.

The second half of the program also opened with a strong, memorable work. A Memorable Diversion is a duet filled with exuberant and childlike enthusiasm – mostly on the part of  William Sterling Walker, who seemed determined to meet and interact with the object of his affection, LaWanda Raines. These two have a natural chemistry – familiar to those who saw them dancing together with The Latin Ballet of Virginia, where both were long-time members before pursuing independent work. At one point, Sterling’s feet lifted off the floor into that “happy feet” movement often performed by toddlers when they get a taste of their favorite food! In perfect contrast to this beautifully free and uninhibited delight was the beautifully classic live music, a Rachmaninoff song sung by Marjory Saunders accompanied by Miriam C. Walton on keyboard.

During the audience discussion, another piece that drew notable comment was the Inner City Blues: Excerpt, a solo choreographed by Michelle Isaac of Ntrinsik Movement (Brooklyn, NY). The solo, performed by Briana Raheem to a Marvin Gaye’s Wholy Holy had a soulful, liturgical feeling, no doubt a reflection of Isaac’s early start, dancing in church at age 4.

Desmin Taylor (RVA) presented Rebuild, an intimate, introspective solo that is actually his first solo creation. Host Kelly Hamlin performed an amusing solo to a short story written and read by Chris McDaniel (who is also Dogtown’s operations manager and grants writer). White employed a variety of colorful masks and even a sweater or two tossed from the wings as Hamlin danced to, acted out, and sometimes mimed the lovingly awkward story of a first date, punctuated by easy eye-ball interactions between Hamlin and McDaniel.

Jess Burgess’s Continuum, performed earlier this year, was tightened and condensed in order to fit with the time limits of the Small Plates Festival, and somehow, without the atmospheric fog and full lighting, it seemed sharper, more emotional and impactful. Kista Tucker (Kista Tucker Insights, Bristow, VA) presented excerpts from The Factory Project, complete with train or factory engine sounds. Another work with an industrial theme or feel was Marissa Graham’s ((in))teroception. Graham, a member of eSKay Arts Collective (NY), appears to have conceived of this intriguing work as a study in contrasts – machine versus organism, mechanical versus organic, interacting versus co-existing.

Fixated, a solo by Therese Gahl (NOVA/DC) created a unique physical and emotional effect by using the very detailed instructions on how to suture a wound. Gahl’s loose-jointed, flexible movement vocabulary made me wonder if she was the wound or the suturing thread closing the edges of the wound. Kaitlin Flynn Goodwin (Pittsburgh, PA) presented Standing in the Gap, a solo of controlled, measured release; but once she released, there was no holding back. Heartbeats, blips, beeps, and pings accompanied Heidi Murr’s (MURRdance, Pittsburgh, PA) What I Know About Living, an unusual and mysterious piece to close the evening.

Other works on the program included a high-impact hip hop work, Power, collaboratively choreographed and presented by Studio 4 Dance Company (Richmond, VA), under the direction of Deandra Clarke and  Jelani Taylor’s The Cry, a dark work punctuated by gunshots that I interpreted as a statement on today’s political atmosphere and oppression in general. Taylor, also a product of the VCU dance program, was, unfortunately not available for the post-show discussion.

It was inspiring to see the variety of works as well as the diversity of the audience. During intermission and after the show, performers could be overheard praising the works and accomplishments of other artists, and many – performers as well as audience members – were exposed to works and performers they had never seen before. The works are generally finished, as in not works-in-progress, but neither are they fully set with unlimited or extended time, props, full lighting, and complex production elements. The Small Plates Choreography Festival, like its culinary namesake, allows the audience to sample a lot of different “dishes” in one sitting, and whets the appetite for more of the ones that seem particularly interesting or appetizing. The Small Plates Choreography Festival was created by Beth Elliott for the purpose of “merging choreographers and dance audiences in meaningful performance experiences.” [https://smallplatesdance.com/] Kudos to Kelly Hamlin and Jess Burgess for this summer dance treat. 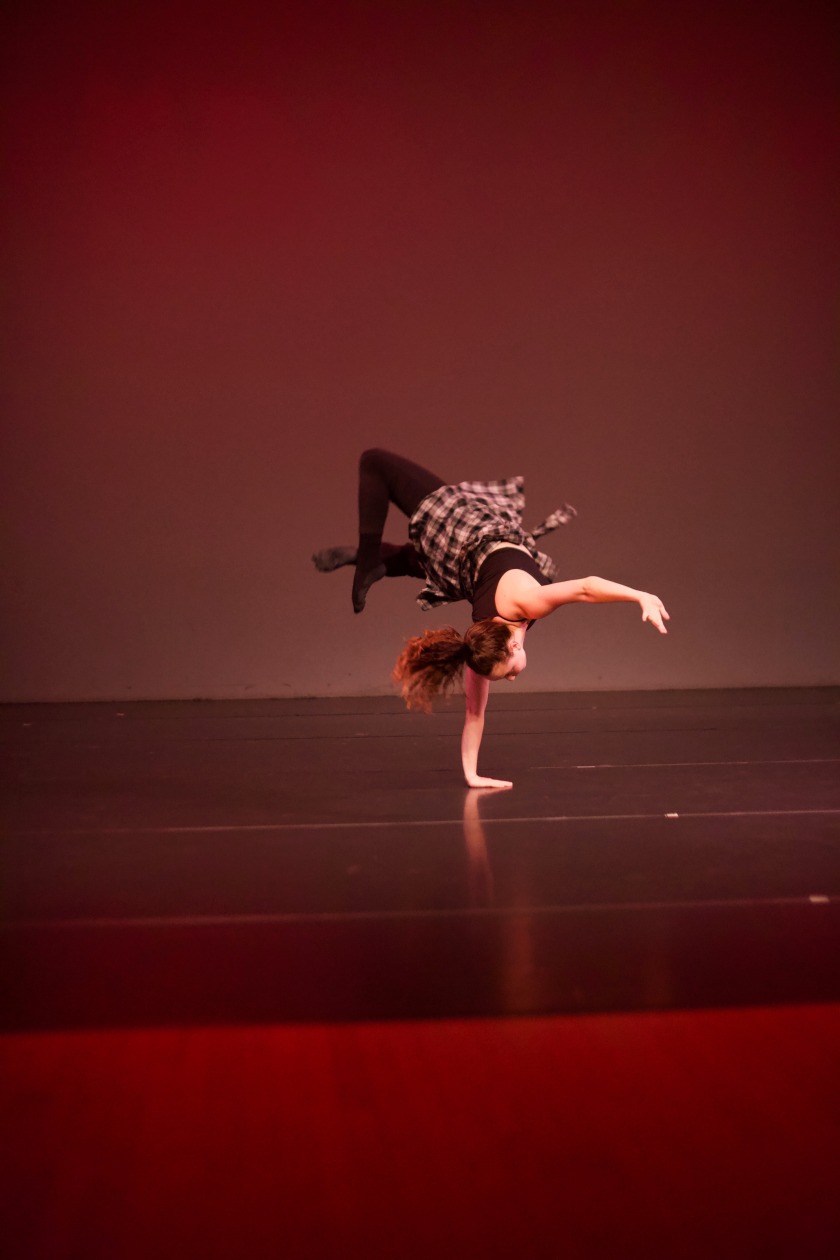